Dr. Joe Pitcavage is a board certified Optometrist, who graduated from Boston’s New England College of Optometry in 2005, and ever since been practicing in the lowcountry.

Originally from Raleigh, NC, he fell in love with Charleston (and his wife) when attending The College of Charleston and competing on their varsity sailing team.

During optometry school in Boston, he endured four long, cold, snowy winters. After graduation, he and his wife moved back to Charleston. A few years ago he began Lowcountry Eye Care and has really enjoyed working with his patients.

Personally, he spends free time with his wife Mandy, their three daughters, and dog Max who lives for the tennis ball. They all love being outside and mostly spending time on the water.

Professionally, Dr. Pitcavage’s interests are seeing families and contact lens patients. He has thorough training for people of all ages and very much working with children.

“Lowcountry Eye Care is a great practice because we are small enough to personally cater to all our patients needs, but also provide exceptional care with state of the art technology. My staff and I like to get to know our patients and treat their eyes not as a lone organ but as an integral part of their bodies.” Dr. Shealy is married and has two sons. When not working, he likes to spend time with his wife and boys, read a good book, go for a run, and go to the beach. He is an avid sports fan and especially likes college basketball, tennis, and running. His goal is to provide the best patient care possible and make every person feel comfortable and confident in the care they receive. In her free time, Dr. Young enjoys traveling, house projects, exploring Charleston, and spending time with her family and friends.
Dr. Young looks forward to providing all of her patients with an informative and personable exam experience. After graduation, Dr. McCormack worked at a private practice in Richmond, Virginia helping patients achieve their visual needs with glasses and contacts as well as treating and co-managing ocular disease such as diabetic retinopathy, cataracts, macular degeneration, and glaucoma. Dr. McCormack is passionate about providing comprehensive eye exams through all phases of life – whether it be a child’s first pair of glasses or helping co-manage a patient through cataract surgery.

Dr. McCormack and her husband fell in love with the Lowcountry while on a vacation and they decided to move there full time in 2017. In her spare time, she enjoys cooking, crocheting, tennis, hiking, and being outdoors with her husband and their Border Collie, Cooper. Dr. Ryan Scharadin is a graduate of the Pennsylvania College of Optometry (PCO) at Salus University. He also holds a Bachelor of Science in Molecular Biology and a Bachelor of Fine Arts in Design and Photography. He is a licensed optometrist through the National Board of Examiners of Optometry (NBEO) in both South Carolina and Pennsylvania. His optometric externships included: The Eye Institute in Philadelphia, Allentown VA Medical Center, Wilkes-Barre VA Medical Center, The Northeastern Eye Institute in NEPA, and The William Feinbloom Low Vision and Rehabilitation Center.  He is a member of the American Optometric Association (AOA), Lions Club International, and the Lehigh Valley Arts Council.

Ryan’s passion for optics started with his love for fine art photography.  He is active in the art community and is an avid street photographer. His goal is to combine both the experience he has behind the camera with the knowledge he received from PCO to create a unique and memorable experience in eye care. 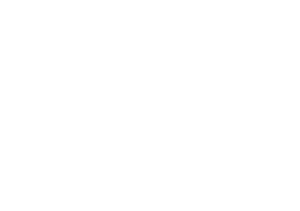